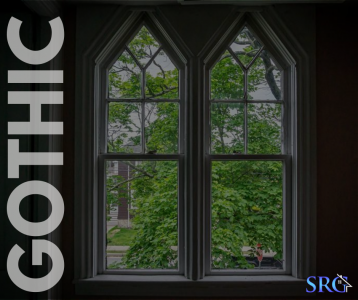 This style movement began in England in the mid-18th Century and gained popularity in the 19th Century. It builds upon the original Gothic style. By the 20th century, new developments, such as steel framing, replaced features such as flying buttresses, allowing for a more open view.

*Disclaimer: All information deemed reliable but not guaranteed, and should be verified by visitors/buyers. Houses for Sale categorized in this particular “style” are curated through the MLS system and displayed on this page based on the Listing Brokerage’s identification under a particular “style” which may or may not be accurate. It’s recommended that you verify accuracy through the listing agent directly or you may feel free to contact us if you are not currently already being represented by your own agent, and we will be happy to research the style type further for you. Silva Realty Group and/or its agents, employees shall not be held liable for any inaccuracies in property style errors or any other listing errors made by any other brokerages, agencies, employees/staff or third party vendors.