Our Video Tour can be found further down at the bottom of this blog post, but first, a few interesting details not included elsewhere.

Few houses these days have so many interesting stories to tell, like that of the house at 82 Brownell Avenue in old Historic New Bedford does.

This information was joyfully shared with us in great detail and enthusiasm, by the homeowner, Mr. Bergeron who sadly passed away a short time after we listed the home. The history & love within this home is sensed so strongly, and the way it was well maintained and cared for, makes it a true gem.

This charming home was originally built circa 1849 so it’s no wonder there would be so many fascinating details to share!

Circa 1849, when this home was built, many of the whalers in the City of New Bedford were quitting their jobs and heading west to California for the Gold Rush. It was also around this time that Herman Melville wrote his book “Moby Dick“.

Meanwhile, a quaint little home was being built on Allen street. (which would later become known as 82 Brownell Avenue).  The property was once a farm, known as “Sunnyside Farms” and spanned from Allen Street all the way back to Hawthorn Street.

It would later be subdivided throughout the years, but still has a great deal of land, at approximately 0.43 Acres and currently sits on the corners of Brownell Avenue, Carroll St & Ryan Street.

As the years passed, the home had several updates and additions, and it now is approximately 2,304 square feet of generous living space. The outdoor space is nothing short of spectacular and includes some interesting history as well.

Back in the late ’90s, The 123-year-old Morse Cutting Tool Company was being demolished. After asking the foreman in charge of the project if it would be ok to take a number of the bricks there.

With some help, the homeowner made several trips back & forth to collect them. He then prepared the pathways and carefully began to set them in place in July of 1997 where they have been since then, approximately 3000 bricks pave the way around the home!

And of course, I cannot forget to include this adorable cow in the side yard, that joined the yard landscape, and purchased from a roadside vendor in Buzzards Bay about 21 years ago!

Overall, when walking through all of the rooms of Brownell Avenue, you can just sense the joy and happiness that has flowed through the home over the past century. From the farmer’s porch, when you enter the home into the inviting front foyer that opens into the comfy fireplaced living room, to the spacious bedrooms on the upper level, it will be hard to decide which room will become your favorite.

We invite you to watch the video we created to help give buyers a glimpse into what a great property this is. We are confident it will become a treasured home to the new buyer, as it has been to the current family.

Link to the Property Listing for 82 Brownell Avenue

*Note: This home is no longer for sale.

For more questions about this property,  please contact Susan Whitehead at 508-728-4918 and she will be happy to answer any questions you might have. 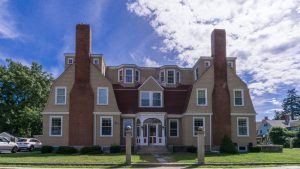 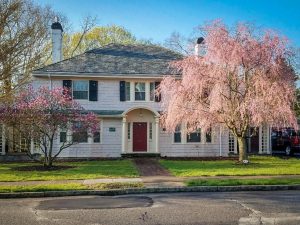 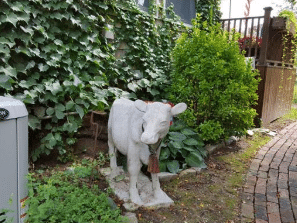